I am a Postdoc at the Institute for Macroeconomics and Econometrics of the University of Bonn. My current research is fully funded by the German Reserach Foundation (PI of DFG Project 441540692). My research focuses on Dynamic Macroeconometrics, Monetary Theory, and Inequality with emphasis on structural empirical analysis and heterogeneity. I also have a strong background in computational methods and IT. My current research statement can be found here. 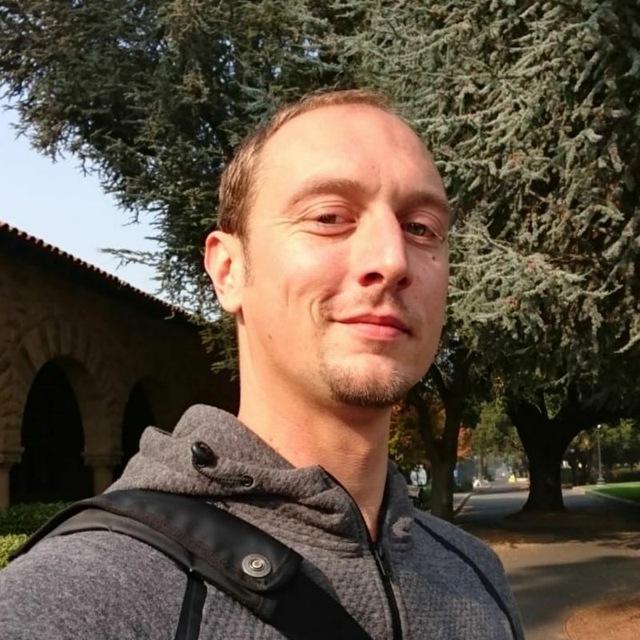 Using a novel nonlinear Bayesian likelihood approach that fully accounts for the lower bound on nominal interest rates, we analyze US post-crisis macroeconomic dynamics and provide reference parameter estimates. We find that despite the attention received in the literature, neither the inclusion of financial frictions nor that of household heterogeneity improves the empirical fit of the standard model or its ability to provide a joint explanation for the post-2007 dynamics. Associated financial shocks mis-predict an increase in consumption. We illustrate that the common practice of omitting the ZLB period in the estimation severely distorts the analysis of the most recent economic dynamics.

I study monetary policy in an estimated financial New-Keynesian model extended by behavioral expectation formation in the asset market. Credit frictions create a feedback between asset markets and the macroeconomy, and behaviorally motivated speculation can amplify fundamental swings in asset prices, potentially causing endogenous, nonfundamental bubbles and bursts. Booms in asset prices improve firms financing conditions and are therefore deflationary. These features greatly improve the power of the model to replicate empirical key moments. A monetary policy that targets asset prices can dampen financial cycles and reduce volatility in asset markets (dampening effect). This comes at the cost of creating an additional channel through which asset price fluctuations transmit to macroeconomic fundamentals (spillover effect). I find that unless financial markets are severely overheated, the undesirable fluctuations in inflation and output caused by the spillover effect more than outweigh the benefits of the dampening effect.

A Structural Investigation of Quantitative Easing (under review)

Rational vs. Irrational Beliefs in a Complex World (under review)

We show that the interplay between a binding effective lower bound (ELB) and the costs of external financing weakens the disinflationary effect of financial shocks. In normal times, factor costs dominate firms' marginal costs and hence inflation; credit spreads and the nominal interest rate, which together constitute external financing costs, balance out. When nominal rates are constrained by the ELB, larger spreads can in parts offset the effect of lower factor costs on firms' price setting. The Phillips curve is hence flat at the ELB, but features a positive slope in normal times and thus an overall hockey stick shape. This mechanism also weakens the effects of forward guidance on inflation, since such policy reduces spreads and thereby financing costs.

Structural macroeconometric analysis and new HANK-type models with extremely high dimensionality require fast and robust methods to efficiently deal with occasionally binding constraints (OBCs), especially since major developed economies have again hit the zero lower bound on nominal interest rates. This paper shows that a linear dynamic rational expectations system with OBCs, depending on the expected duration of the constraint, can be represented in closed form. Combined with a set of simple equilibrium conditions, this can be exploited to avoid matrix inversions and simulations at runtime for significant gains in computational speed. An efficient implementation is provided in Python programming language. Benchmarking results show that for medium-scale models with an OBC, more than 150,000 state vectors can be evaluated per second. This is an improvement of more than three orders of magnitude over existing alternatives. Even state evaluations of large HANK-type models with almost 1000 endogenous variables require only 0.1 ms.

We show that the degree of capital gains taxation can retrace the dynamics of wealth inequality in the US since the 1920s. Precisely matching up- and downturns and levels of top shares, it has high overall explanatory power. This result is drawn from an estimated and micro-founded portfolio-choice model where idiosyncratic return risk and disagreement in expectations on asset returns generate an analytically tractable fat-tailed Pareto distribution for the top-wealthy. This allows us to decompose the sample into periods of transient and stationary wealth concentration. The model generates good out-of-sample forecasts. As an addition we predict the future evolution of inequality for different tax regimes.


Banks, Liquidity, and the Macroeconomic Effects of Unconventional Monetary Policy

Even though policy rates dropped close to zero in the aftermaths of the Financial Crisis, interest rates on households' deposits remained elevated. To explain this phenomenon, we develop an industrial organization model of the banking sector where banks hold reserves at the central bank to hedge liquidity risk. We show that this gives rise to a premium on household deposits which increases when liquidity risk gets larger. Our estimated model reveals that such increases in liquidity risk were the main driver of the Euro Area post-2009 macroeconomic dynamics. While our theoretical analysis finds that asset purchases and a negative interest rate policy are always effective to decrease deposit rates and, thereby, stimulate the economy, the estimated model suggests that these effects where rather small in practice. The main driver of this result is that banks, for each additional unit of reserves, have to forgo returns from lending activity, and hence face a trade-off between central bank liquidity and asset returns.

We study the effects of the ELB in an estimated medium-scale heterogeneous agent New Keynesian ("HANK") model. We document that the effects of the zero lower bound on nominal interest rates (ZLB) on inequality dynamics can be decomposed in two channels: (i) the real rate channel compounds the effects of a recessionary shock on inequality while (ii) the liquidity premium channel compresses the spread between liquid and illiquid assets, thereby reducing inequality. We find that the real rate channel dominates for income inequality whereas wealth inequality is driven by the liquidity premium channel. We analyze the role of fiscal transfers, government spending and a VAT reduction in stimulating the economy and on economic inequality. While each of these measures effectively increases consumption and lowers wealth and income inequality, we find that a VAT reduction also has favorable impact on investment dynamics and can be self-financing. Government spending multipliers at the ELB remain large.

The Quantitative Effects of Taxation on Inequality Dynamics

We use a novel identification strategy of functional-coefficient structural inference to estimate the relationship between different forms of taxation and the concentration of income and wealth. We find that overall, the degree of taxation has a very high explanatory power on the dynamics of top shares, in particular so the series of income taxes. This regularity holds for the US, UK, France and Sweden. We estimate that an 1 percent increase of taxation reduces the concentration of wealth in the long run by approximately 0.5 percent and concentration of income by 0.25 percent. This effect is more emphasized in the US and less so for Sweden.


The Federal Reserve and quantitative easing: A boost for investment, a burden on inflation

Solution, Filtering and Estimation of Models with the ZLB

The ETACE Virtual Appliance: An Exploratory for the Eurace@Unibi model

This paper presents the Etace Virtual Appliance. The purpose of the software package is, among others, to provide researchers the possibility to explore the dynamics of the Eurace@Unibi agent-based macroeconomic model and to encourage the reproducibility and transparency of research. The package contains various components that allow the user to initialize, simulate and analyze the model. We also give a short overview of what can be done with the Etace Virtual appliance.

In brief, my current position is fully funded by the German Reserach Foundation (DFG) for my reserach project on nonlinear Bayesian estimations. Together with Philipp Eisenhauer and the OSE initiative we also successfully raised funding for teaching and research infrastructure. Prior to joining the University of Bonn I spent two years as a Postdoc at the IMFS at Goethe University Frankfurt in cooperation with the Hoover Institution at Stanford University (longer-term visits in Stanford in 2018 and 2019). I completed my PhD at the University of Amsterdam and Bielefeld University, supervised jointly by Cars Hommes and Herbert Dawid. I won the 2017 Student Price of the Society for Computational Economics. During my PhD I was financed by scholarships from the Bielefeld Graduate School in Economics and the DFG. I obtained my MSc in economics from the University of Granada (top of class) and studied economics at Humboldt University Berlin at undergraduate level. I have worked as a professional guitar player and as an IT consultant for several start-up companies.

I am an enthusiast user of Arch Linux and Python. For many reasons I support the use of free and open source software in science. As such, I think that the access to software must be unrestrained by expensive and restrictive licenses. Implementations should be tractable, and libraries easily extensible. Openness is a booster for performance and flexibility. I am in particular sceptical towards closed ecosystems like Matlab and think it is a barrier towards future scientific advancement. As code is getting more and more important, I advertise code code sharing and cooperation on new implementations. To that end I encourage the use of style guides (they can also be automatized) and version control systems. Most of my codes can be found in my repositories on github

These packages are also on PyPI and can be installed via `pip`. pydsge is a Python based solution and simulation toolbox, specifically targeted to provide tools for nonlinear filtering and estimation of models with occasionally binding constraints. Its back-end for nonlinear filtering is econsieve, a hybrid between the Particle filter and the Kalman filter. Both packages are explained in the respective method paper above. econpizza is a generic nonlinear solver for general equilibrium models (including model parsing). It uses an alternative shooting algoritm that should be more robust than the Fair-Taylor method implemented in Dynare. pynare is a Python wrapper of Dynare that also provides access to its workspace. Its declared goal is to allow working with Dynare from within Python without having to lay hands on Matlab/Octave (the package is currently unmaintained).

From 2017 to 2020 I was coordinating the refactoring of the Macroeconomic Model Database (MMB) to meet modern standards and to become independent of proprietary software.

During my time at Bielefeld University I created the ETACE Virtual Appliance (jointly with P. Harting and S. van der Hoog). Here is the installation guide, a user manual and a licenses file. Downlad the ETACE-VA here.

I maintain a compilation of unsolved problems in macroeconomics, please be invited to browse or contribute (or shoot me a short email).